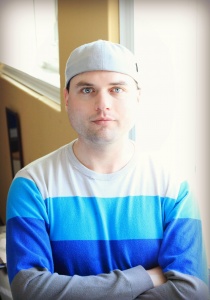 “What we’re doing is great because it sheds light on the stigma that comes with mental health issues. This concert will give people like me hope and inspiration and help show the world there’s so much more to us than a label …” – Eli Young

Autism takes on many forms and can sometimes be hard to diagnose. For Eli Young, his diagnosis didn’t come until much later in life and as a result he suffered greatly!

He is the inspiration behind an amazing event called Artists Expression for Autism and if you’re looking for something to do this March Break for the entire family – this might be worth checking out. He is excited to be taking the stage with his mentor and fellow performer Rob Laidlaw (Honeymoon Suite & Platinum Blonde).

The Concert takes place March 10,2018 and features everything from the Voices of the 80’s to Comedians to rising pop star Sofia Blu. At just 14 years old, Sofia is featured on Canadian Sound Project and her songs “Be Myself, Work It Out, and Small Town Heart” are winning young audiences worldwide. Check out Sofia’s official website here.

If you enjoy the sounds of Platinum Blonde, Honeymoon Suite, The Tenants, Flock of Seagulls, and The Spoons – this event is definitely for you! Check out the full line up here.

Each year, more and more children and adults are falling into the spectrum. Here are just a few facts about Autism found on Autism Speaks Canada’s website:

Check out this great video about Autism here.

Eli is a 27 year old drummer and writer diagnosed with Autism Spectrum Disorder not even a year ago (Spring 2017). For years he was greatly misunderstood and misdiagnosed. He had a tough time and experienced severe bullying, assault and robbery and other crimes committed by those who noted his vulnerability and big heart to use to their advantage.

(Did you want more info on tickets and pricing? Click here)

Eli found himself homeless at one point but through the support of his father and community, he was able to receive a diagnosis and obtained assisted living housing.

Eli has accomplished some amazing things in his life, he has played in 5 bands touring across the country and gained the attention of some major music industry figures.

Despite all odds, Eli refused to give up and he has fought to live the best possible life despite the trauma he has suffered.

Eli’s father Paul Young has been his biggest supporter …

“The challenges of Autism Spectrum Disorder in Eli’s case were much more difficult to detect. His struggles with what what neurotypical people consider normal were hidden and mostly misinterpreted.”

After the age of 10, Eli’s difficulties became more pronounced and frustrating for him as well as those around him. When he started drum lessons, his exceptional talent emerged and also fostered self control and discipline.

Even though Eli now had an outlet in the drums, his schooling still suffered. Eli’s secondary school was frustrating. They offered very little support to Eli and as Eli grew into a teenager and young adult he encountered very difficult life circumstances.

Despite the setbacks in his life, Eli and his father have always maintained a strong relationship. “Together, we had hope and a strong belief that Eli could live a good life,” says Paul Young.

“If I could offer any advice to parents out there who have a child with Autism Spectrum Disorder … never lose hope. Recognize that there are always possibilities in every child and adults life. Love your child unconditionally and know that there are some amazing organizations that can help you out such as CLASS, Autism Speaks Canada, Community Connections and professionals who specialize in developmental issues. It’s a hard and long fight but the victory is amazing!”

Paul met Rob during an event that featured one of the bands Eli was playing in. He was impressed with Eli’s skills and attitude and wanted to help …

“I met Eli through Paul 10 years ago and we’ve talked about working together ever since”, says Rob Laidlaw.

“I personally have a strong connection to this cause because of my son who works in the field serving children with Autism.

I learned a lot from my son because he works closely with people with Autism Spectrum Disorder and it’s an issue that definitely requires more attention in our culture today.

We are hoping to create awareness through our benefit concert Artists Expression For Autism. I’m excited to be performing on stage with Eli at the event.”

The birth of this event comes from an organization called House of Teams. The CEO/Founder Sandra recognizes the need for more awareness and has put in a lot of effort to make this event happen.

Says Sandra, “House of Teams is a company that was founded by myself and two colleagues. Our mission is to bring something different to our current social interactive ways.

We want people to put their phones away for at least an hour to experience a moment with those in the same room as them.”

I asked Sandra how she got involved with the event Artists Expression For Autism.

“Well last July I contacted Autism Speaks Canada on behalf of House of Teams and let them know our intentions to become a corporate partner and help bring awareness to their cause.

With this event, we hope to help bring more awareness to the science and potential that exists ins ASD individual and help support organizations that work for ASD individuals now and in the future.

We’ve decided for this event that we will help support two great organizations CLASS and Autism Speaks Canada.”

Visit Artists Expression For Autism to get your tickets!