Toronto born and raised, David Boyd Janes is no stranger to the music industry. He was featured in Season 5 of “The Shot” and since the show, has committed to his music full time. To date, David Boyd Janes has laid out 15 original tracks and recorded his latest album at Blackbird Studio in Nashville. 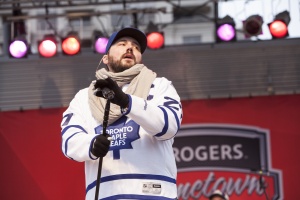 “This entire experience has been surreal”, says David Boyd Janes. “Not too long ago I walked by the Celebration Square stage and dreamed of some day performing on it. Now I can say that I have.”

With a Major Performance under his belt, what’s next for David Boyd Janes? “I’m constantly working on my craft, I plan to do more live shows with my band and will be taking another trip to Nashville in the Spring of 2019.”

Hosted by Ron MacLean and Tara Slone the event celebrated the history of hockey and culture that put Mississauga on Canada’s hockey map, fans got to enjoy a viewing of the Toronto Maple Leafs vs. The Red Wings with the Jim Cuddy Band rocking the pre-show. 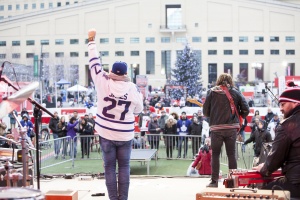 “Jim Cuddy is a true inspiration to me, to be able to perform on the same stage as him on the same day, was mind blowing for me. I’m looking forward to giving my fans so much more for the 2019 year”, says David.

You can download David Boyd Janes on Shopify, Soundcloud, iTunes and Google Play. Check out a clip from David’s LIVE performance in Celebration Square by clicking the link below.